The Supporters Club & Trust is delighted to have played the lead role in commissioning the creation of a magnificent, larger-than-life statue to the great John Atyeo at the Winterstoke Road entrance to Ashton Gate.

The story of the John Atyeo statue goes all the way back to 2007, reaching its conclusion almost 10 years later. It was made possible thanks to excellent collaboration with the football club and fantastic support from the fans, hundreds of whom dug deep to buy name plaques on the plinth.

Here we provide an illustrated chronicle of the ten-year story. 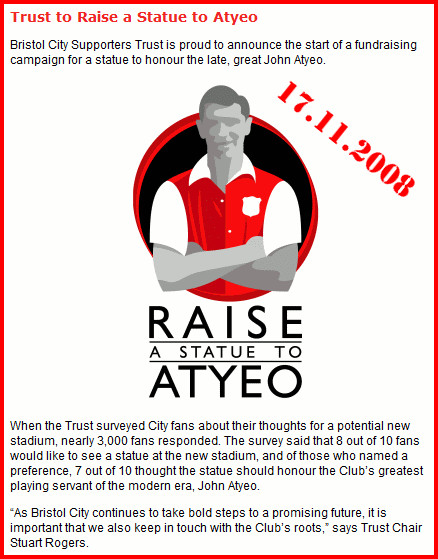 Nov 2013 – Planning permission is granted for the Ashton Gate redevelopment

Spring 2014 – As fundraising continues, now for a statue at Ashton Gate, we ask fans for images of Atyeo as possible poses.

Sept 2014 – Fans vote for statue to be erected at Winterstoke Road entrance. Contact is made with potential sculptors. 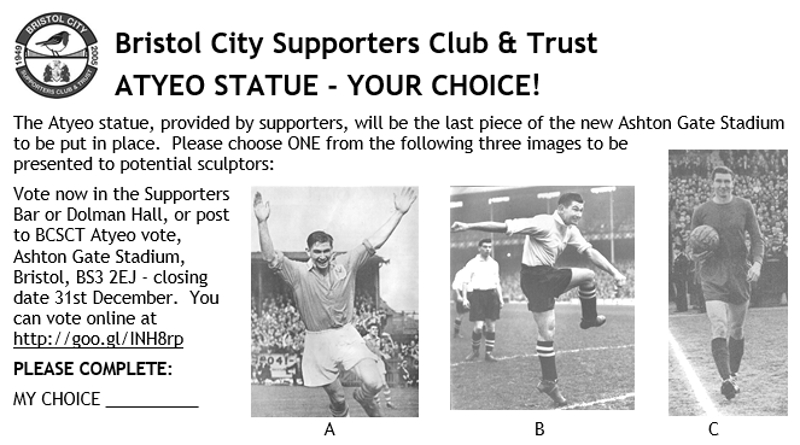 March 2015 – We meet probable sculptor Tom Murphy for the first time at our monthly meeting.

May 2015 – Tom Murphy presents first miniature of the statue to Supporters Club & Trust and Bristol Sport. 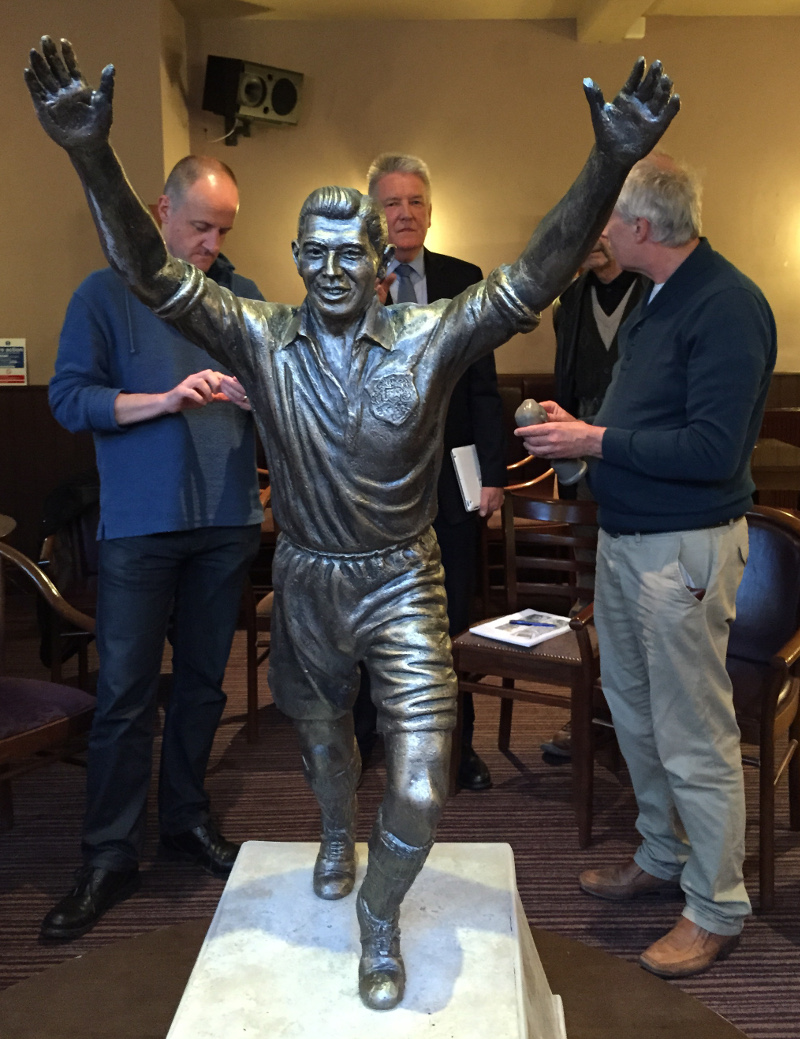 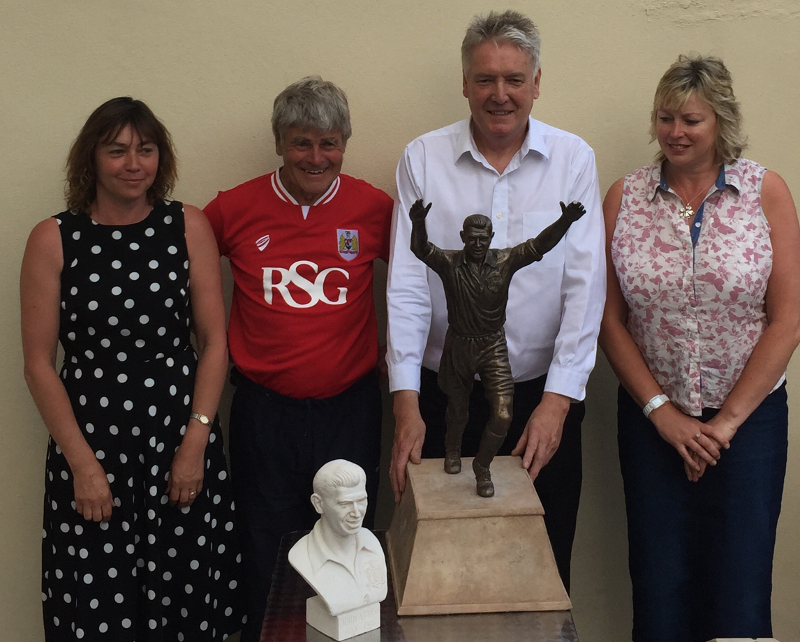 Oct 2015 – A public unveiling of statue miniatures takes place in the Sports Bar at Ashton Gate. 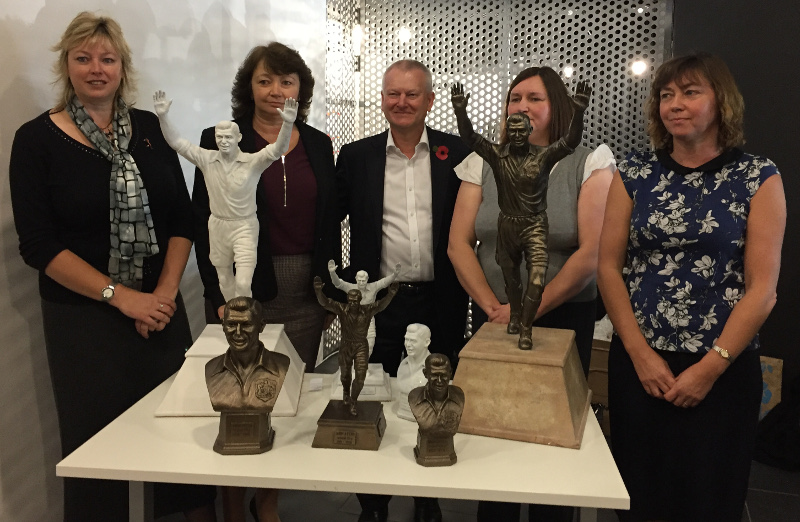 Apr 2016 – A delegation visits Liverpool to sign off the statue sculpture, from which moulds are made and sent to the foundry. 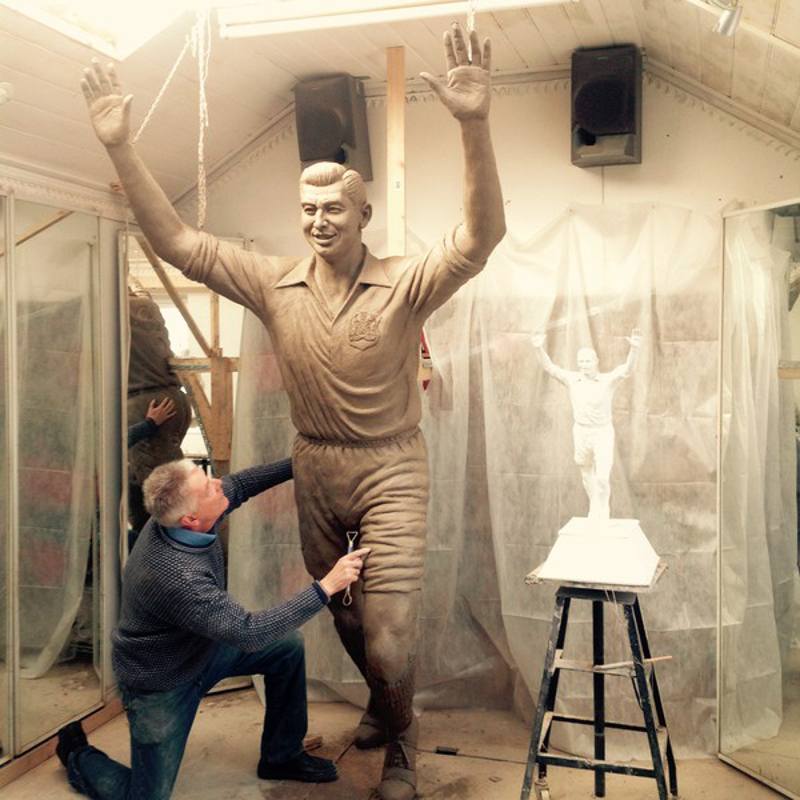 Sept 2016 – The statue’s position in the centre of the Winterstoke Road pedestrian entrance is agreed with Bristol Sport.

Nov 2016 – The statue is delivered and erected. 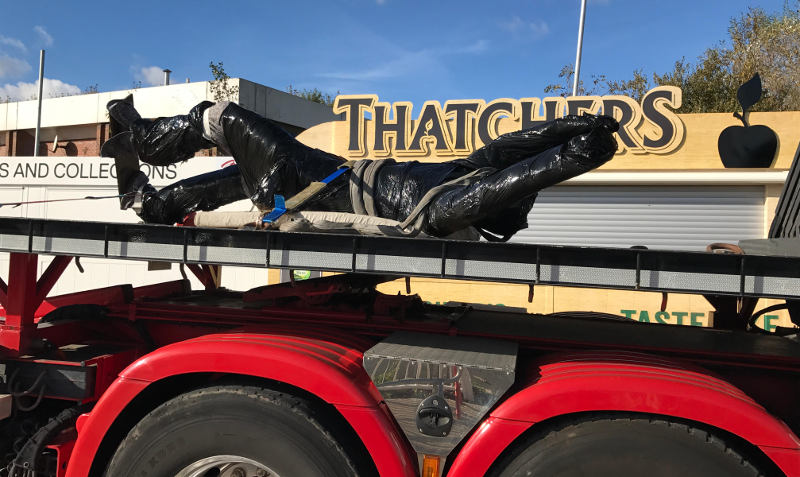 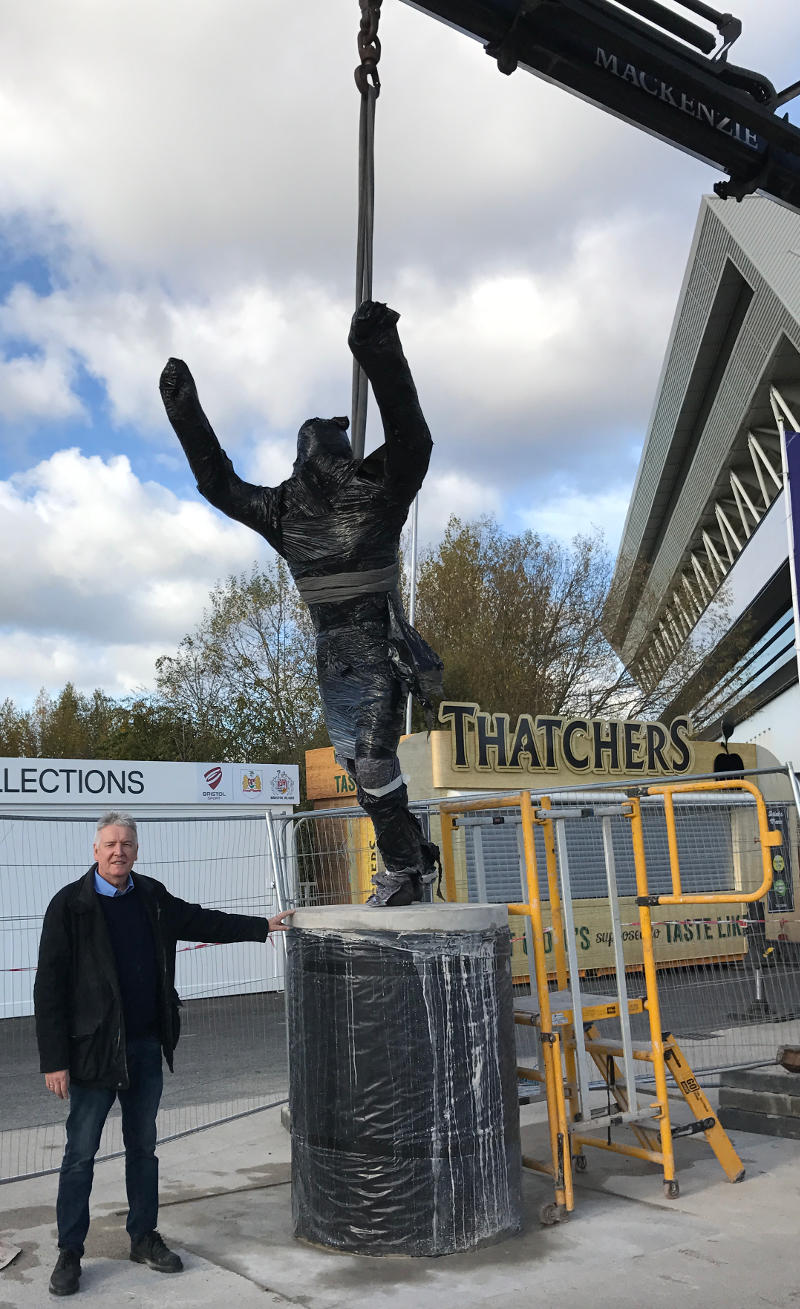 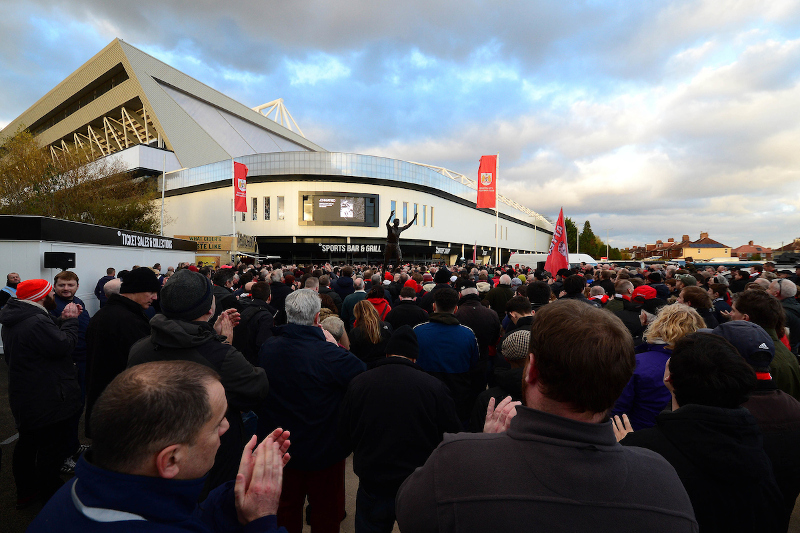 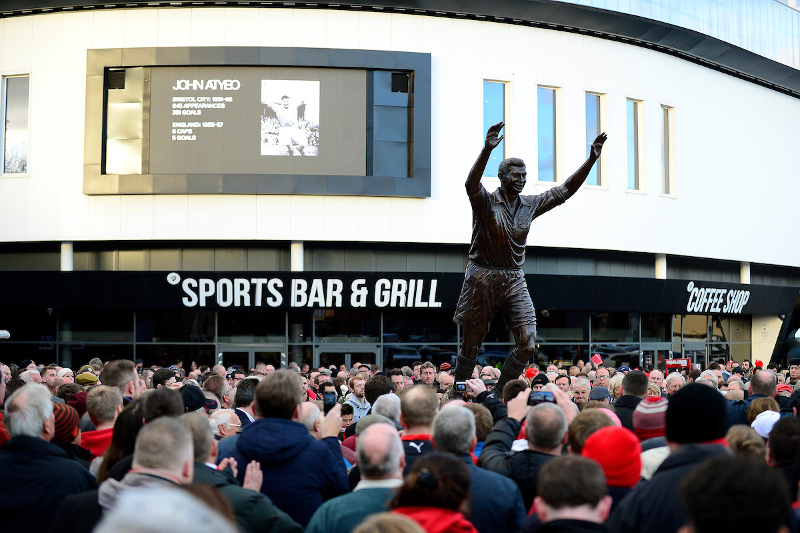 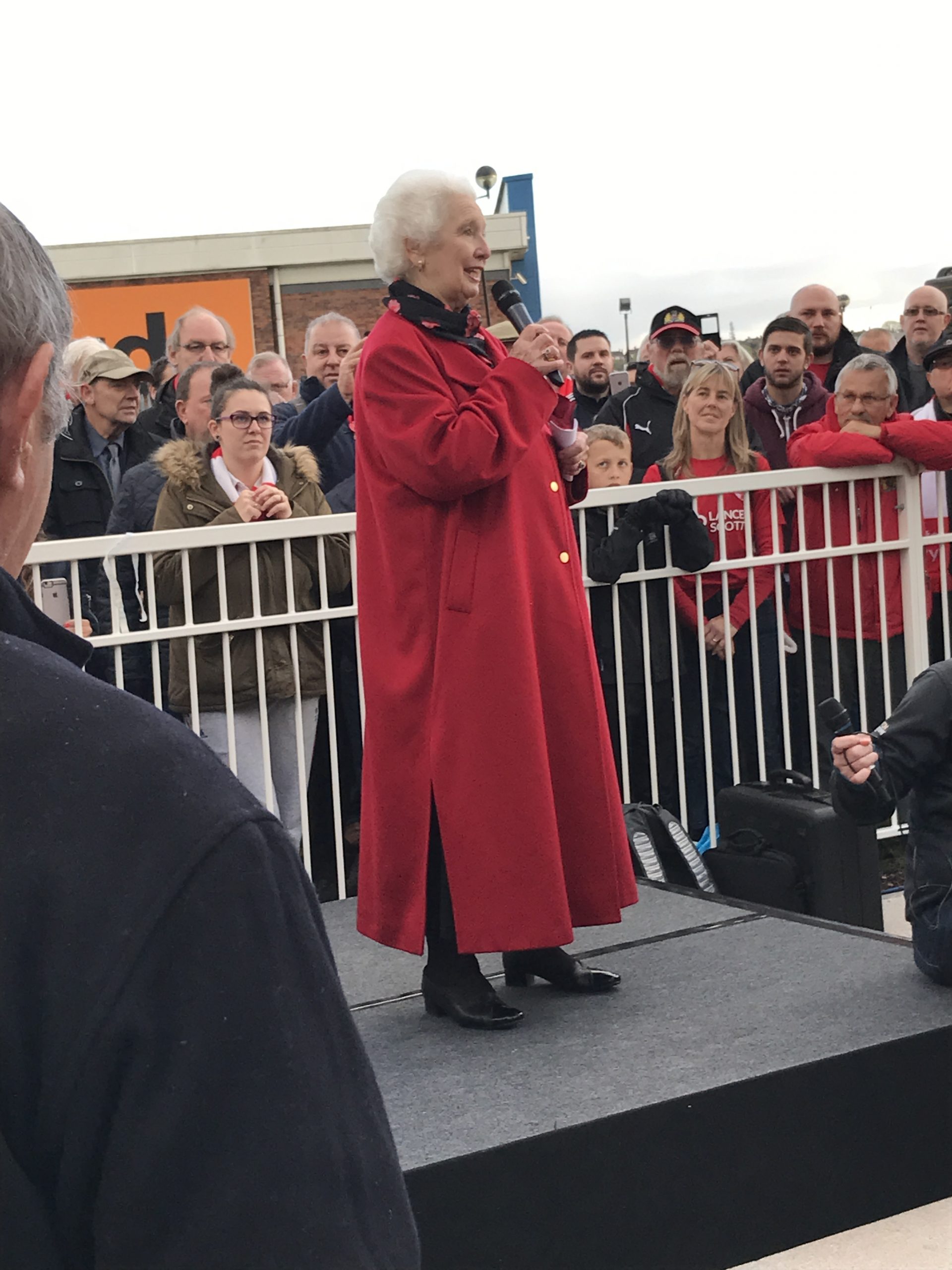 Dec 2016 – The new names go on show for the first time before City’s home game on December 17. 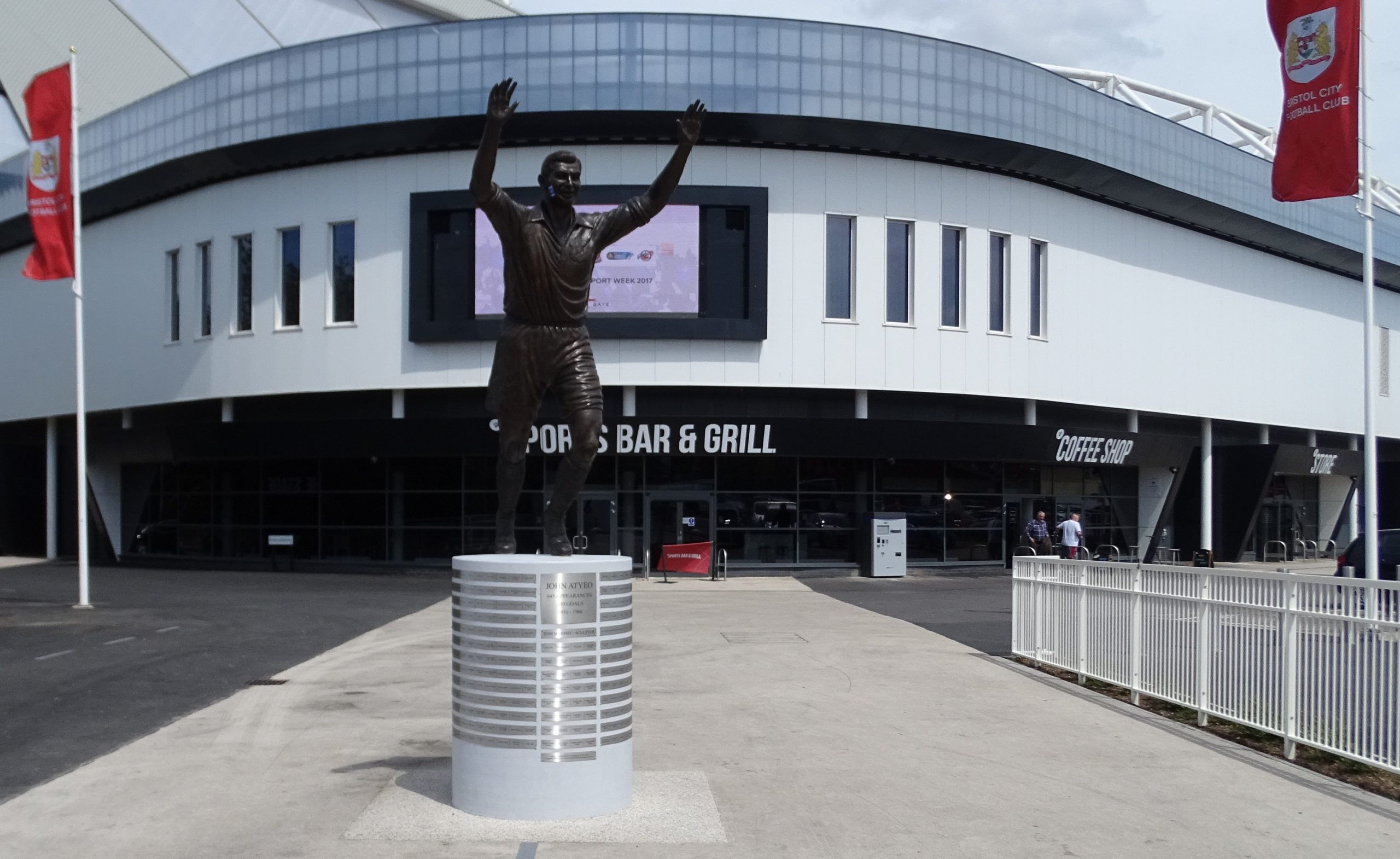 Jan 2017 – Responding to further demand, we decide to offer one more, final batch. Sales re-open at the start of February.