The Supporters Club & Trust bar on the first floor of the Sports Bar & Pizzeria at Ashton Gate is opening its doors at half-time and after matches to all City fans. While access before games will remain exclusively for SC&T members, any supporter can now get a drink (and a seat!) in the Supporters Bar at all other times on matchdays.The Supporters Club & Trust invested over £20,000 in fitting out the Supporters Bar last summer and it has proved a big hit with members before home games throughout the season. While capacity limits mean that we are unable to open the bar up to other supporters pre-match, we are delighted to now be able to do this during the half-time interval and after the final whistle. 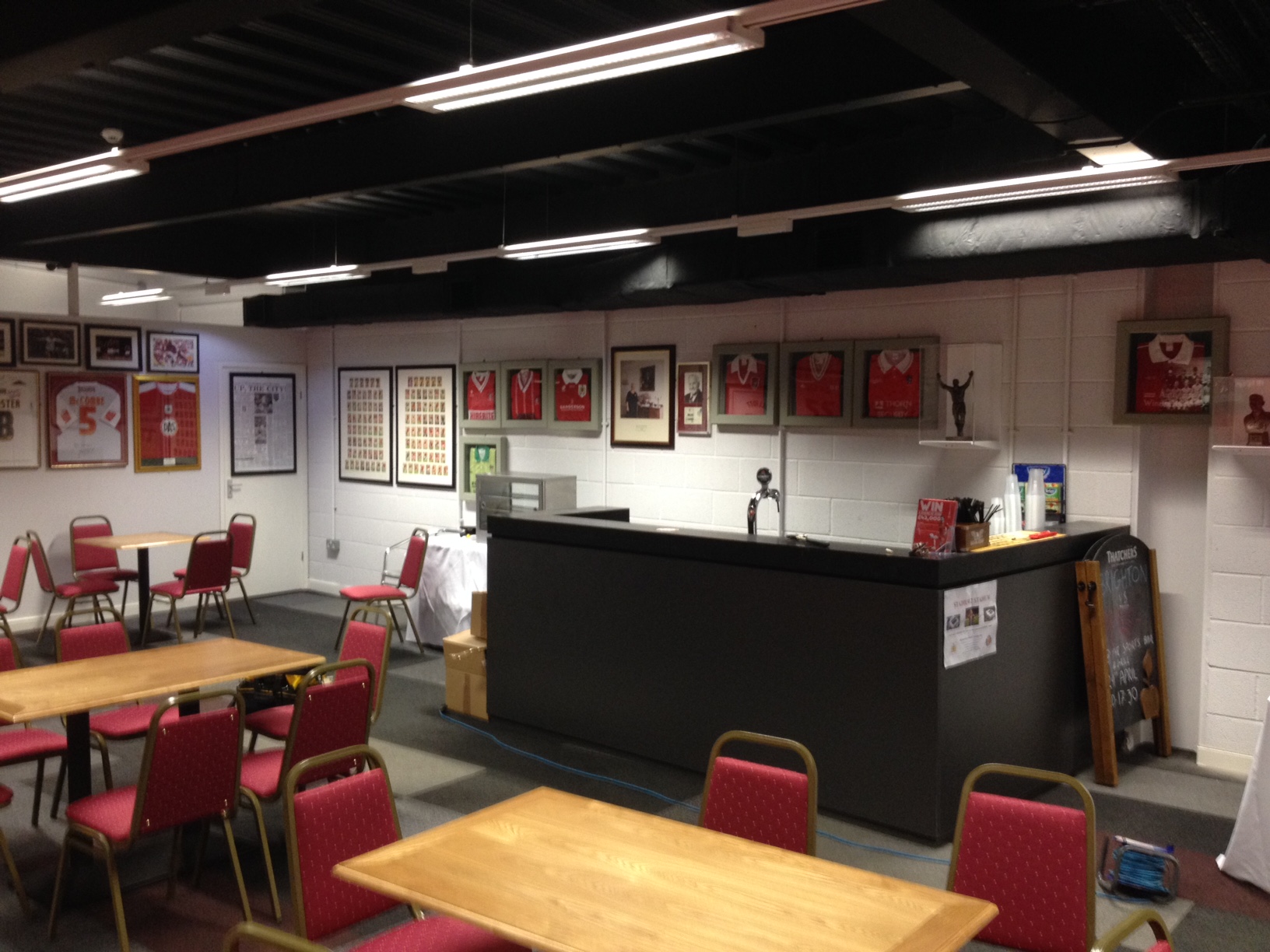 For the rest of the season, if you fancy a drink and somewhere to sit surrounded by City memorabilia at half-time or after the match, just come up to the Supporters Bar at the top of the stairs in the Sports Bar & Pizzeria on the corner of the Lansdown and South Stands (the lift also opens directly into the bar).

Access from the concourse is available via the glass doors to the Sports Bar & Pizzeria, which are open at half-time and after the game. Then just turn to your left and go up the stairs. The Supporters Bar is then directly on your left.

Decorated in City colours with framed shirts, player photos and other memorabilia decorating the walls, the bar offers draught cider and lager, plus bottled bitter and a wide range of other drinks, including tea and coffee. Standard stadium prices and season card discounts apply.

Capacity is 100 and access at half-time and post-match will be on a first-come, first-served basis.

Access pre-match is for members only (also on a first-come, first-served basis until capacity is reached). Any supporter can become a member here.