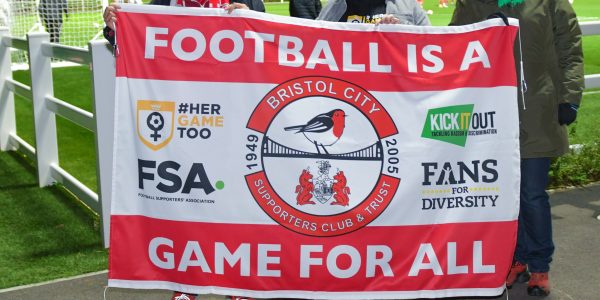 Bristol City Supporters Club & Trust are proud to support the #HerGameToo, Kick It Out & Fans For Diversity campaigns to help make football a game for all. 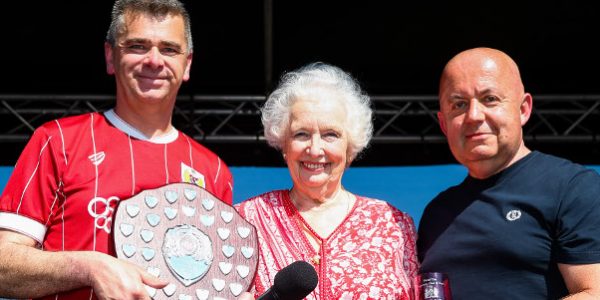 We actively use our website, social media, internet forums and online survey tools. www.otib.co.uk has 16,000+ members (5,400 have posted 10 or more times and 256 OTIB Supporters who pay £5 annually to help fund the site). In addition, our own CRM based membership database has over 9,000 names on it. We continue to meet regularly with Bristol City Football Club and Ashton Gate Limited officials, Avon & Somerset police representatives and other community groups.

Every season we run the voting process to award the Supporters Club & Trust Player, Young Player & Supporter of the Year. The latter is a recognition for at least one individual for all their hard work and devotion to the Football Club over the year(s). Supporters are nominated by fellow supporters and the playing squad get to choose the winner. We pay for personal glassware mementos for each winner, whilst also keeping the trophy inscriptions and honours boards up to date.

To ensure accessibility to all, particularly for new younger supporters, we launched Fans Funding Fans of the Future. Responding to unacceptable price increases, this is where we would fund the season card price increase for any U12 fan in the Dolman or Lower Lansdown if the parent/guardian felt unable to do so. We also launched a Season card purchase scheme for blocks of seats in prime areas, which we make available to U12 fans and their parents/guardians for a variety of purposes each season. We purchase 2 x adult and 6 x under 19 tickets. In the first season, these were taken up or booked for every home game bar one.

We run a very successful match day bar above the Sports Bar at Ashton Gate, which is undeniably a football bar with lots of City related memorabilia. Re-furbishing the Supporters Bar is almost complete. Recent additions include a set of “Honours Boards” denoting the Hall of Fame, top goal scorers and player / young player of the year awards down the years. Using a simple seat booking method, the bar has been used for beam backs for sold out away games and is now open to all fans at half-time and after the game. Commission is earned on bar sales that gets re-invested in to Supporters Club & Trust projects.

In December 2014, Ashton Gate Stadium was successfully registered by the Supporters Club & Trust as an asset of community value under the Localism Act. Put simply, it means it the owner must not dispose of the freehold or grant a lease of 25 years or more without giving interested local community groups the opportunity to put a bid together. Nearly 30 stadiums up and down the country are now registered in a similar way, including Anfield and Old Trafford.

Over the years we have sponsored players shirts and contributed to many appeals for new surfer flags, murals and fan-based initiatives like Red & White Nights. We have run competitions to design flags and new logos. Significantly, we distributed 600 City ‘til I Die books to local schools. These books are a collection of fans’ stories, all collated and published by us 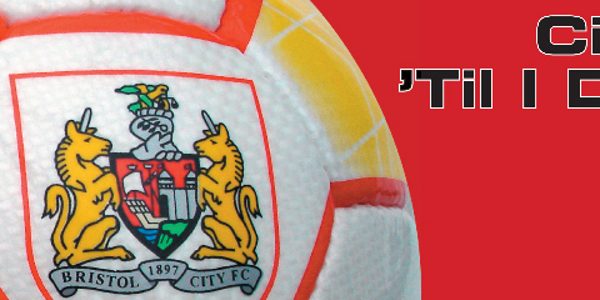 The majority of funds, around £14,000 annually, come through membership subscriptions that build up over time. You can join here. £37,000 of our funds is safeguarded in our ‘Share fund’ – which has grown from setting aside 50% of diamond memberships (e.g. anyone paying more than £2.50 per month, or £30 per year). We hold this balance within our deposit account.

Over the years we have turned our hand to fundraising. As well as running a number of events:

Fans Funding Fans for the future £931 (to date) 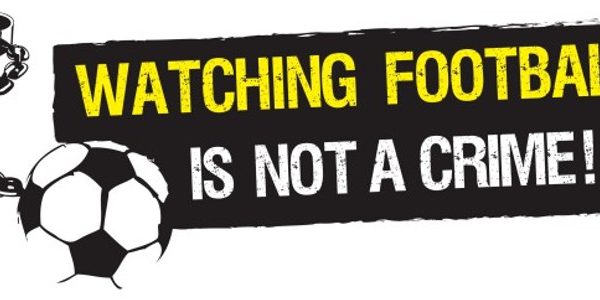 As many City fans will recall, when the club initially announced the pricing structure for 2018/19 season tickets, all concessionary prices for under 12s and under 19s in certain areas of the ground were Read More

Once again it was our privilege to organise and host the end of season awards at our football club. The awards and honours were:

On 28 February, Bristol City stunned fans with an out-of-the-blue announcement of some huge increases in season ticket prices. Hardest hit were our fans of the future.