The fantastic 2014/15 season came to a dramatic end with that dramatic 8-2 (yes, “eight”) walloping of Walsall. Before kick off, all of the end-of-season awards voted for by us fans were presented on the pitch.

And to keep the memories of that last day and the whole amazing season alive in our minds for a little longer, below are some photos of the awards presentations and links to associated videos.

The awards to the individual winners were presented by Supporters Club & Trust President Marina Dolman and Chair Stuart Rogers, with the whole squad being voted “Player of the Year”. Below are a few photos from that momentous day (scroll down for video links): 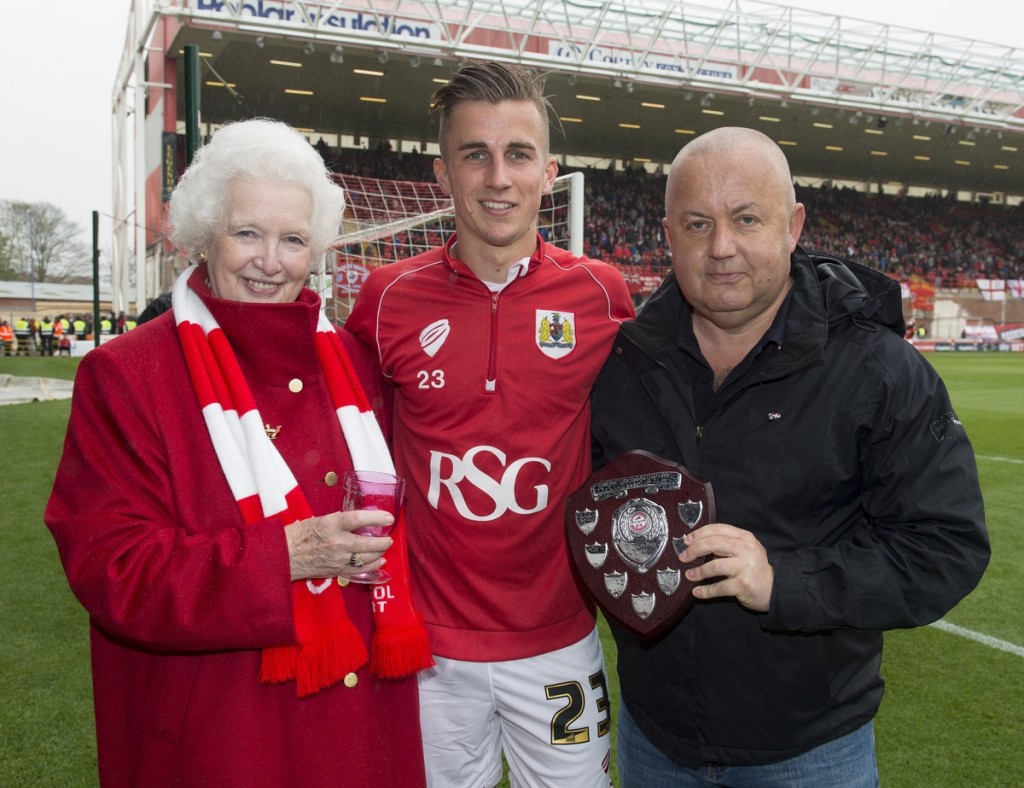 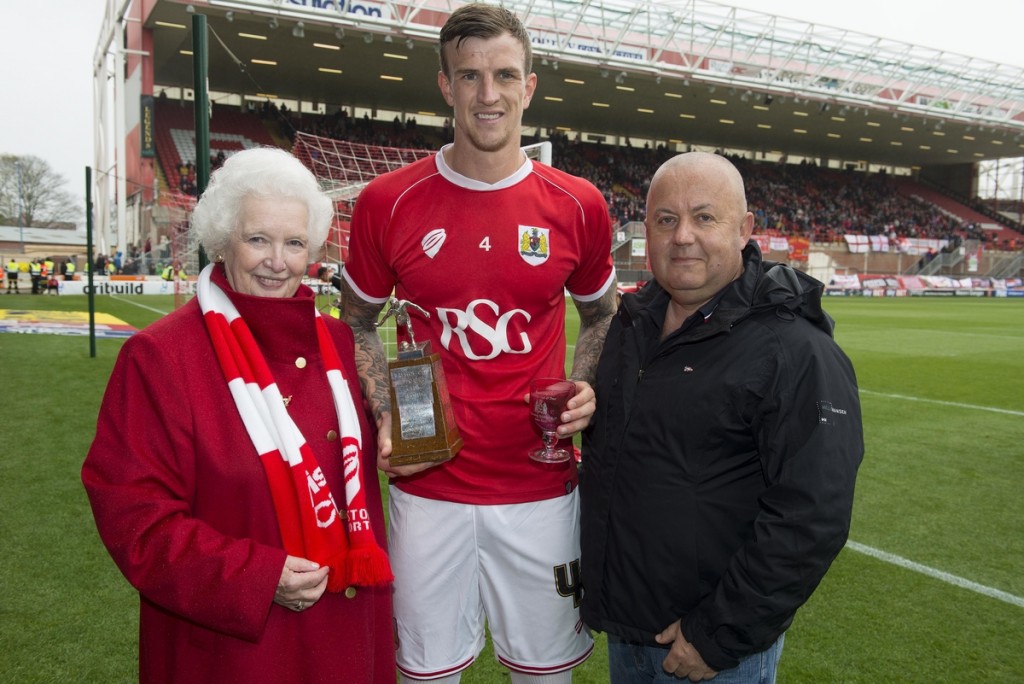 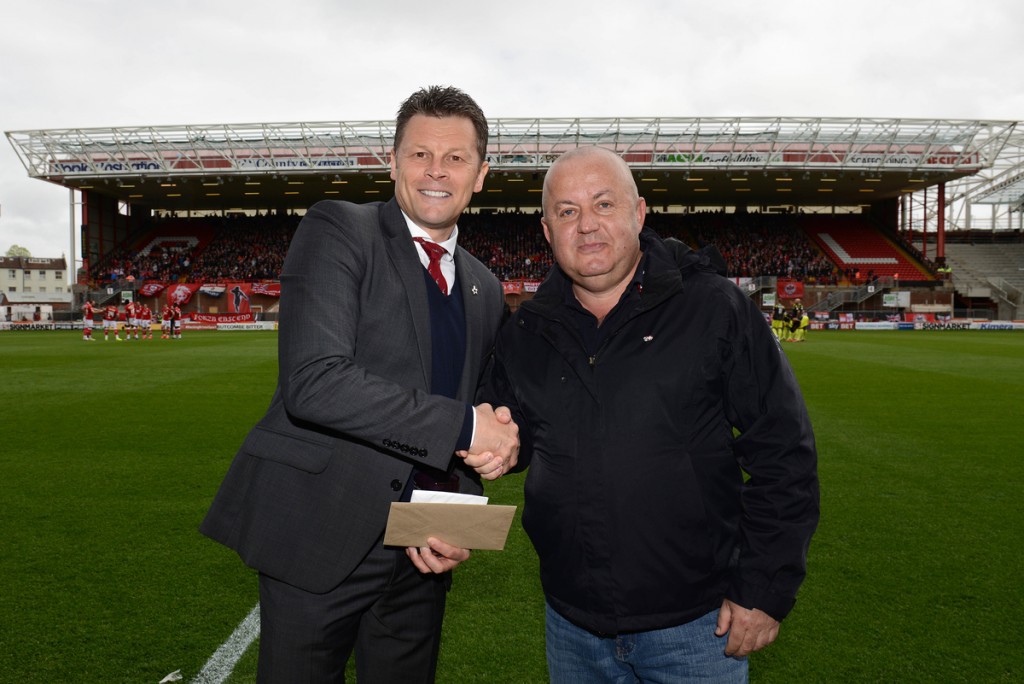 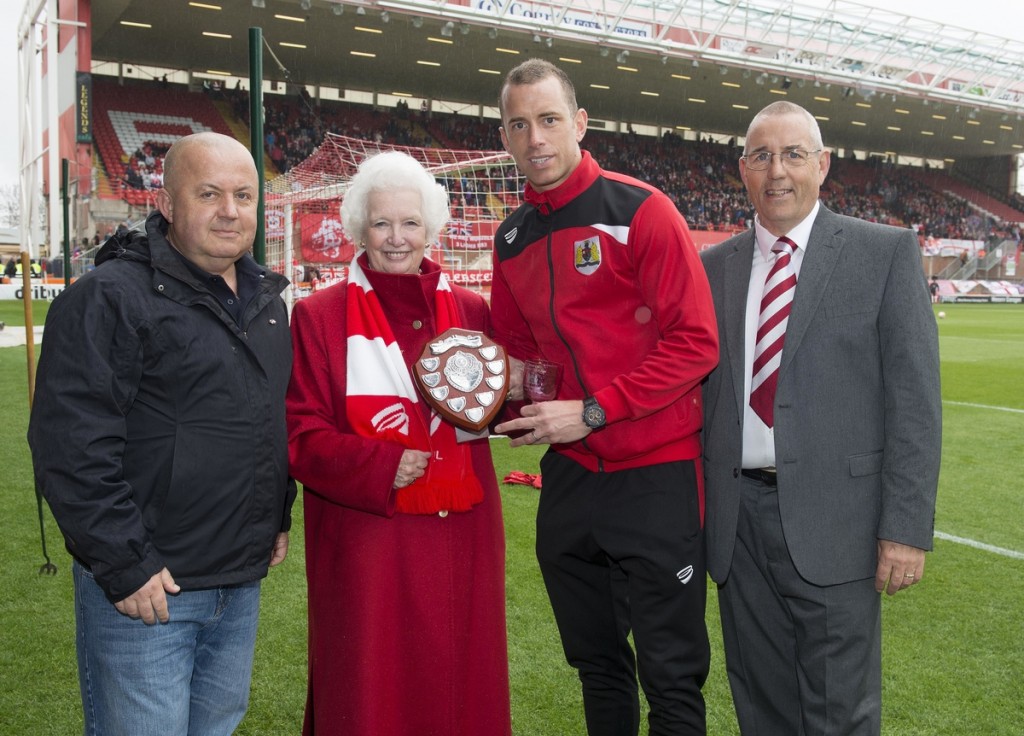 In addition to the trophies and Bristol Glass goblets shown in the pictures above, every member of the award-winning squad was presented with a personalised Bristol Glass tumbler, as pictured below. Many thanks to all supporters who donated towards the cost of these additional items this year. We’re sure you’ll agree that the players deserved a bit extra this time around! 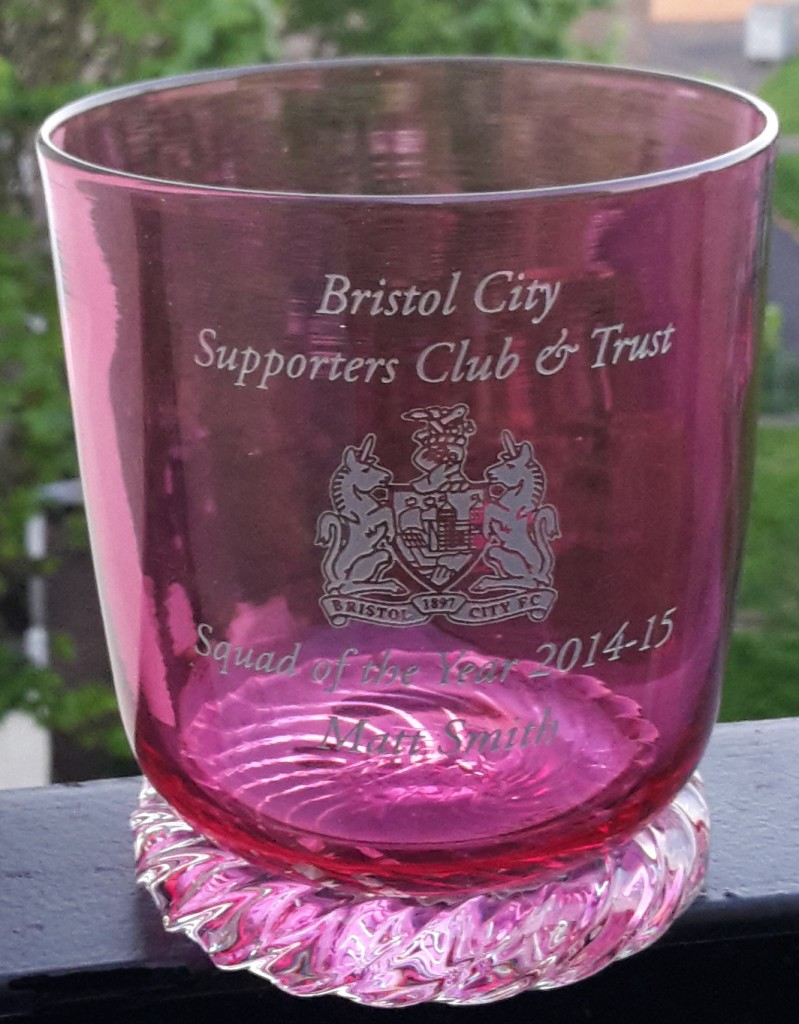 Personalised Squad of the Year tumbler in Bristol Red Glass

To round up this look back at City’s great success in 2014/15, follow these links for three videos produced exclusively for the Supporters Club & Trust: